Out with the old!

I am selling this bicycle. 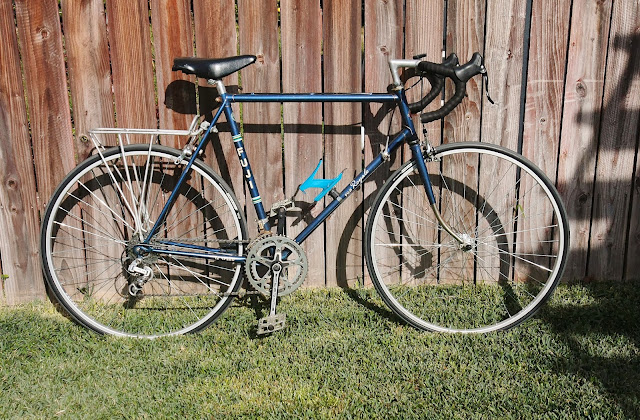 I bought this whip about three years ago because I wanted an old bike to ride to the supermarket or use for small errands. In the beginning it was great because it didn't cost me much money and if anything happened to it I wouldn't be at a huge loss. It was a beater bike. However, I slowly started making some innocent upgrades that ended up changing it from a beater to a somewhat nice bike. 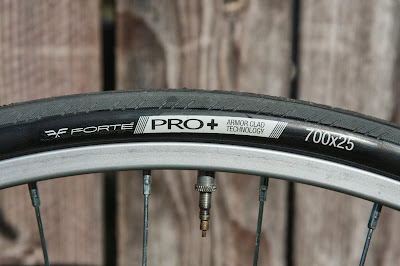 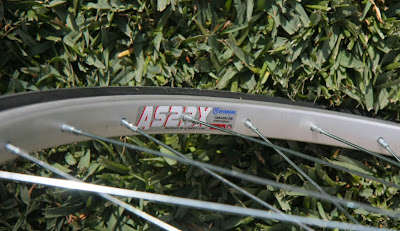 First it was the tires because the original tires were awful. The traction, well there was no traction and they seemed to have a magnetic attraction to glass shards. So after a few flats I decided to upgrade from 27" wheels to 700c wheels and I wrapped them up with nicer, newer tires that didn't get punctured as easily.

Then I realized with smoother hubs and better tires I was going much faster so I changed out the brakes from the cheap Dia-Comp duds to a nice set of Tektro dual pivots. While I was at it I also replaced the brake levers... and the cables... and the handlebars. 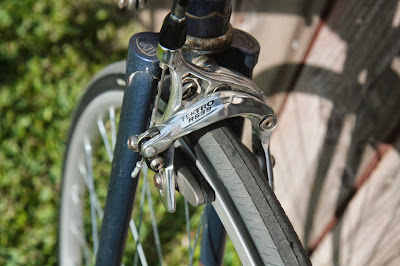 By the time I was done, I'd doubled what I paid for the bike with bits of kit here and there. The bike was no longer a beater. I'd become too invested and I hardly rode the bike for errands anymore and it just sat.  So I decided I'd sell it, because it's too nice. That sounds weird to say but it makes perfect sense at the same time.

The moral of the story is: a beater is a beater. If you change that, at least make sure that you have the old parts handy so that you can re-install them. That way you can sell the bike cheap and keep the good components on hand for another project.  I didn't do that, so I'm trying to get $325 for it now. Hopefully I can get rid of it...
Posted by turkeysandwich at 12:28 AM 2 comments:

The Disc Trucker is 80% complete at this point and it's rideable. The custom wheels I ordered are still being wrought in the fiery pit of Mount Doom so I decided to check if any wheels I had in the house would work. 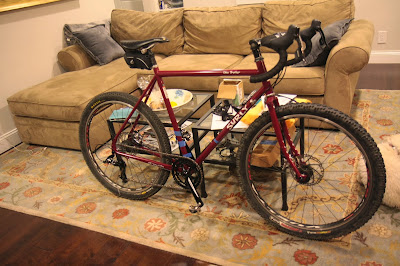 I tried putting my mountain bike wheels on it. The Disc Trucker's rear dropouts are spaced at 135mm so mountain bike hubs will fit perfectly. The issue is that I have pretty fat tires (2.3"-front and 2.0"-rear). I didn't think the bike would accommodate the tires but they sat right between the fork blades and the rear stays without rubbing. The effective diameter of the wheels with the tires is pretty close to 700c's. This means I can basically use whatever wheels I want. The only concern I have is that fenders might create some clearance problems in the future but I'll leave that up to the scientific process of trial and error. 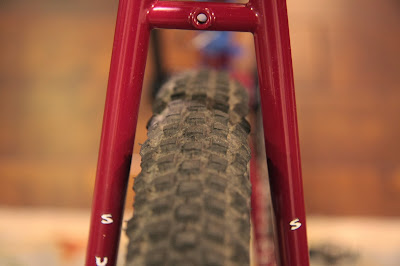 This bike is suitable for every type of terrain I can possibly ride on, except a lava field. I can easily switch between 26" knobby tires or 700c slicks. Now I need to install a front derailler and some water bottle cages before the bike is complete. I also plan on getting a nice comfortable saddle and seatpost to replace the one on loan from the mountain bike.

I've only ridden the bike around the block briefly to check for rattles and squeaks so I won't comment on the ride. The only thing I'll say is that the brakes are strong despite the amount of lever pull that's required for them to engage. This is partially due to my use of standard cable housing. TRP calls for compressionless housing but I was too lazy to order any. The rear is more squishy because of the full-length housing but it will still lock the wheel before bottoming-out. It's fine for now, but I'll need to be watchful of pad wear or eventually I'll lose much-needed cable tension. The front is of course more solid but I might employ some i-Link Alligator housing to get the feel I want. It might be especially expensive because the rear housing length on this bike is very long. I suspect I'll need more than one package of housing for this bike but it would still be worth it because it looks really cool and that in turn, makes me cool.

I'll post again when I have my custom set of wheels. Until then, avoid all shopping malls and remember that family is #1 unless they get in the way of assembl-ifiying your new touring bike.

Posted by turkeysandwich at 11:42 PM No comments: